Morning!  I’m pretty excited the Steelers are in the Superbowl this year!  As you might know, I went to University of Pittsburgh for college and lived there for 5 years — that means I was there when the Steelers won in 2006!

I wanted to share some pictures from Superbowl 2006 because it was ABSOLUTE madness in the streets when the Steelers won! 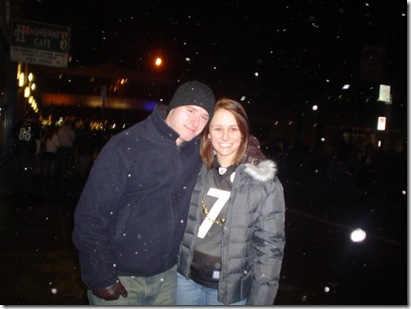 The cops shut down EVERY main road in the city because people literally flooded the streets and began to celebrate.  It was also snowing!

Here’s me and my best friend, Sarah, who was my maid of honor at my wedding.  We were 21 years old in this picture! 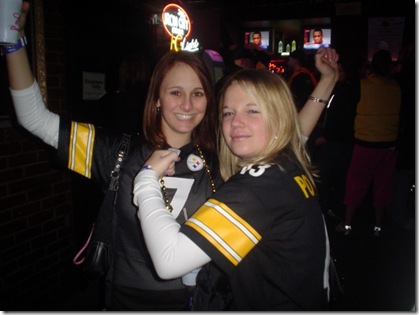 People were so excited that the Steelers won that they dragged their couches into the street, and then they lit their couches on FIRE! Needless to say, there were cops everywhere!  I saw so many people getting arrested!  This is a photograph of a normally busy intersection. 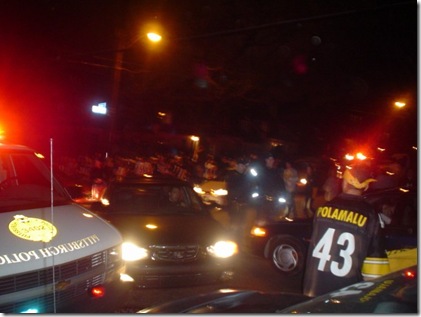 Back to the present!  I have an 11.0-miler on the schedule for today, so I woke up a little early for a Sunday and immediately ate breakfast.  We’re out of my breakfast favorites, so I resorted to an old standby: 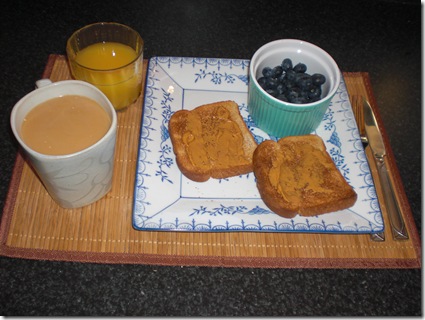 Coffee, OJ, 2 slices of WW bread with PB, and a bowl of blueberries. 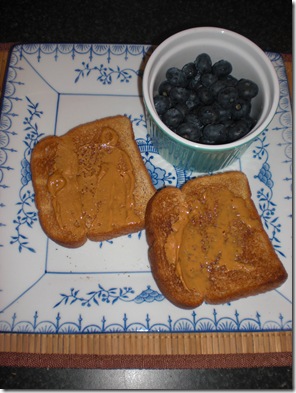 I think I lived on PB toast in college, so this breakfast is probably quite appropriate for Superbowl Sunday!

What are you doing for the Superbowl?  What’s your favorite Superbowl snack?  Or…. are you boycotting football and doing something totally none-related? 🙂

Next post: A Long Run and a Day of Play