So, those two beers really filled me up last night, and by the time I went to sleep (10:30…. I’m lame), I wasn’t very hungry.  But when the boys (Future Husband, his best man, and his brother) came home at 2:00 AM drunk as skunks, I woke up and realized I was QUITE hungry.  So, I ate a slice of bread while laying in bed and then went back to sleep. 🙂

We’re going to go watch the Hurricanes whoop Virginia at the bar today, so I knew I had to squeeze in a early morning workout.  Before I left, I had 1/2 cup of Grape Nuts, skim milk, and a sliced banana. 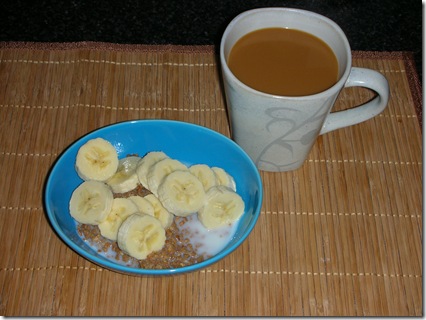 Grape Nuts is one of the few dry cereals I portion out.  It’s 200 calories for 1/2 cup, so it’s really easy to accidentally inhale 500 calories if you aren’t paying attention. 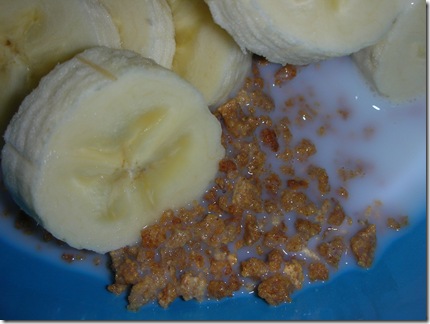 I love the indoor rower because it’s a cardio exercise that also works my arms.  It’s nice to give my leggies a break!

I also did some arm strength exercises, like bicep curls and tricep dips.

Meghann and I were discussing workout playlists yesterday.  She loves to run to show tunes, and you guys know I LOVE pop music (especially Britney Spears!).  I wanted to share with you my See Bride Run playlist… these songs are ALL great running songs:

Since we’re going to Buffalo Wild Wings to eat lunch and watch the Canes game, I just had a small snack when I came home. 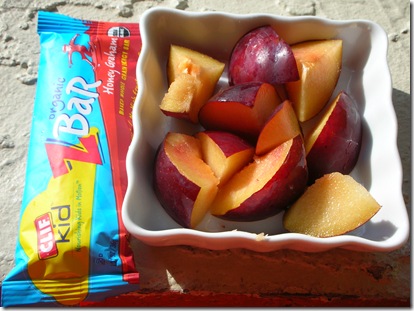 Off to watch the CANES!!! Let’s go team! 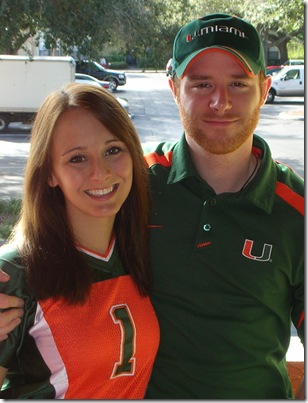 What’s your favorite workout song?  Have a nice Saturday and I’ll see you later!