Our series of fun workout debates continue!  Our first debate was: Do you acknowledge strangers when exercising outdoors?  Second up: When on a run, do you do a little jig at red lights or come to a complete stop?

Today’s debate will reveal your competitive nature…  The question:  When on workout equipment, swimming laps, or running on a track, do you ‘race’ the person next to you? 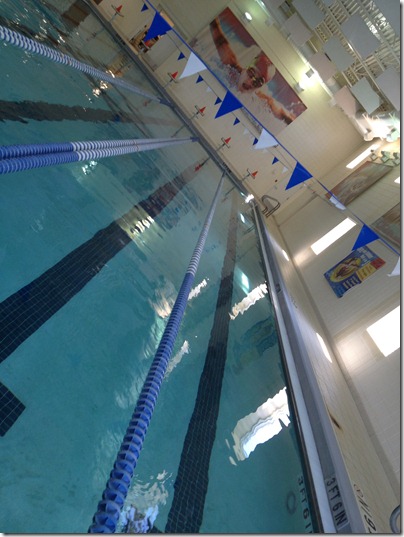 About a month ago, DadHTP and I were at the pool.  We were sharing a lane and leisurely swimming laps.  We’re rarely side-by-side, not only because we swim at different paces, but also because we try to time it so we’re not constantly splashing each other.  But at some point, we happened to hit the wall at the same time; thus we started down the lane simultaneously.

For the first half of the distance, we simply matched pace.  Then, slowly but surely, we both started to speed up.  By the time we were 3/4 the way, we were both sprinting.  I hit the wall a mere second before Dad hit, popped out of the water, and laughed, “Hah! I BEAT YOU!”  He smiled and said, “Wait, we were racing?  Said who?”

I’m relatively competitive, I’ll admit.  So if I’m swimming, running, or even ellipticalling next to someone else, I’ll race them in my mind.  It doesn’t really matter if they know we’re racing or not!  But most people catch on rather quickly – maybe it’s the shifty side-eyes that I keep giving them – and race me back. 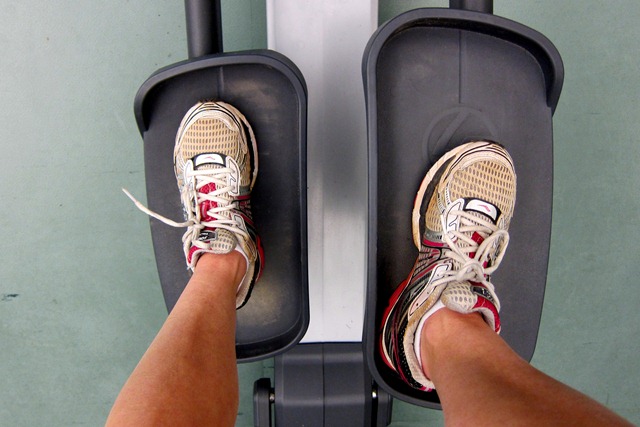 Racing can be dangerous, of course.  I’ll never forget the time I went on a run with my buddy Meghann – we were doing an 11-miler in preparation for a half marathon – and instead of speaking up and saying I needed to slow down, I felt compelled to match her (let’s be serious, I can’t actually race Meghann).  I chugged on and on, but by the end, I was completely shot – and my darn knees were killing me.  It’s too easy to get caught up in the competition; there’s a point that you stop listening to your body cues.

As a side note: Did anyone else see the Mad Men episode when Don Draper swam-raced the guy in the lane next to him?  If Don and I swam-raced, I wonder who would win… Probably me because Don would be swimming three scotches deep. Sober advantage! 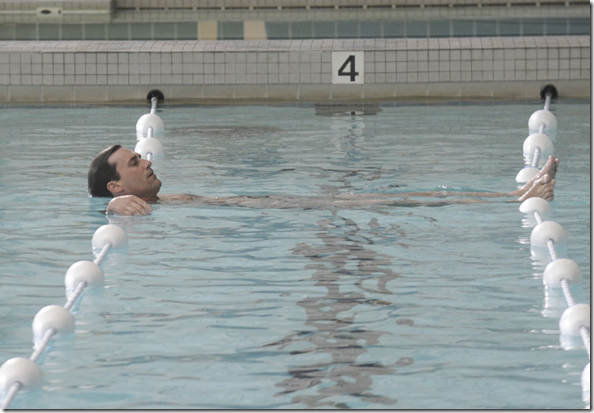 Do you race strangers at the gym?  Do you get irritated when you can tell others are racing you?