A tri relay is kind of like a regular Olympic triathlon – a 1300 meter swim, a 28 mile bike, and a 10K run – but instead of doing the entire race solo, you run it with one or two teammates! 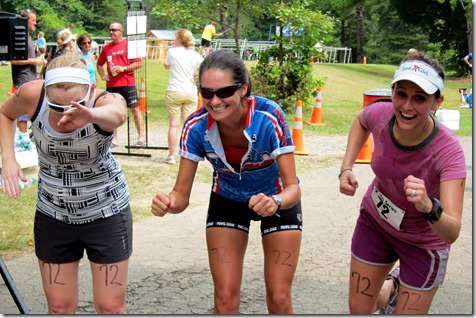 Well, in our case, we ran with a total of FOUR teammates because…

Our swimmer is pregnant! 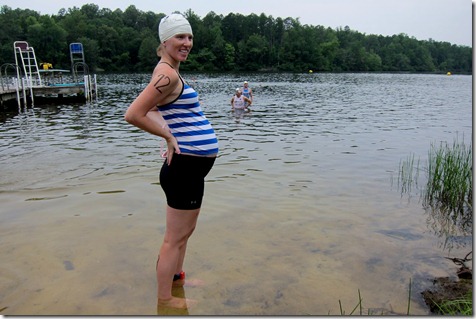 I had an absolute blast racing the Assault on Cherokee Olympic Triathlon with Jen and her husband’s brother’s girlfriend, Laura.  This was a very spur-of-the-moment race (I agreed to do the run leg on Friday!) but I’m so glad I did it.  I really needed to get a long run in because I have my own full Oly tri next weekend, and it would’ve been hard to push myself like this alone. 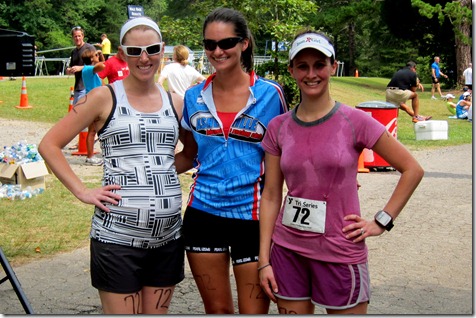 Jen’s husband, Jeff, and his brother, Dan, also raced.  Jeff has done an Ironman and Dan actually WINS local half marathons.  Yeah.  So this race – with it’s impossibly challenging course – was basically no big deal to the boys. 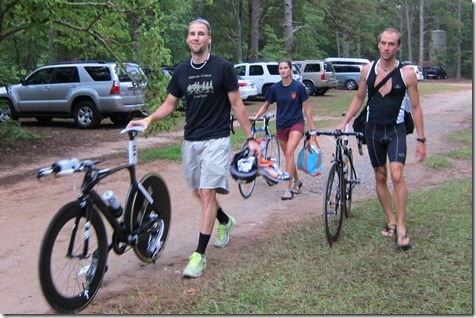 Meanwhile, I was quaking in my sneakers because I had heard the run was SUPER hilly!

First up: the swim.  Jen’s tactic was to hang back and go slow.  It was exciting to watch everyone take off (and get to stay on dry land). 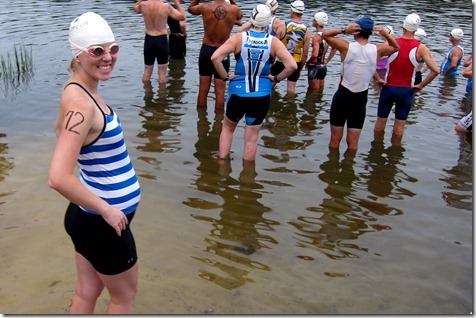 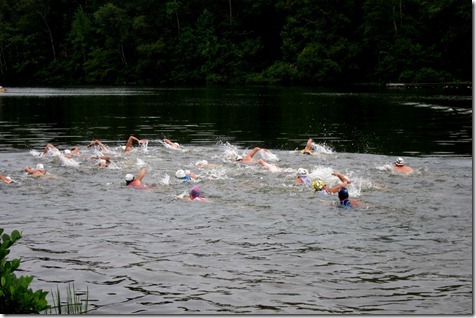 She came back in about 30 minutes.  She beat four people!  I was super impressed. 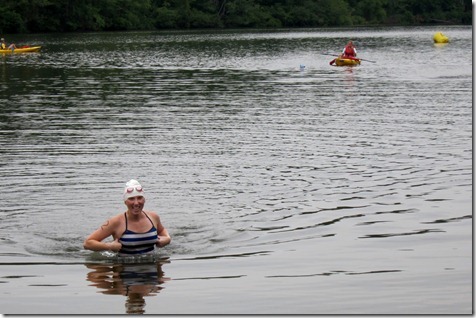 Transition 1 was so far away (at least a half a mile uphill), so we walked to T1. 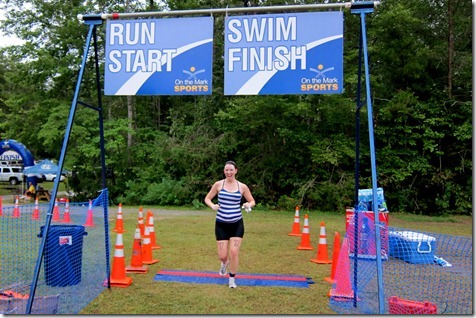 When you do a triathlon relay, you have to ‘pass off’ the timing chip.  So Jen ripped off her timing chip and handed it to Laura, who was ready to tackle the very hilly 28-mile course. 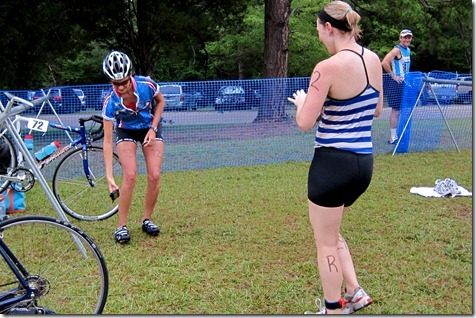 While we waited for Laura to come back, Jen and I sat on the sidelines and cheered on all the triathletes.  People coming off the bike looked like they were dyyying.  It was very hot and humid, and everyone commented on the hills.  Note to self: avoid triathlons if their name begin with “Assault on…”  Seriously.

By this time, my breakfast (cereal and Greek yogurt) wasn’t holding me over anymore, so I ate a Hammer gel.  There is something so gross about eating gels when you’re not in the middle of cardio.  I told Jen a funny story about how I once got so hungry on a shopping trip that I ate a Hammer gel from my purse; turns out she’s done the same thing, but on an airplane. 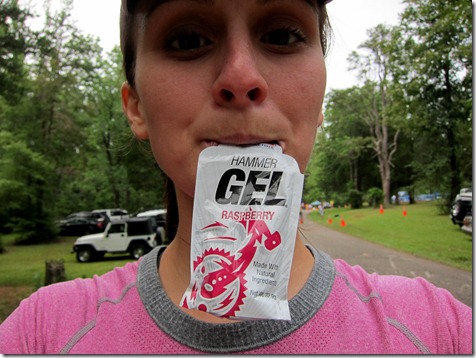 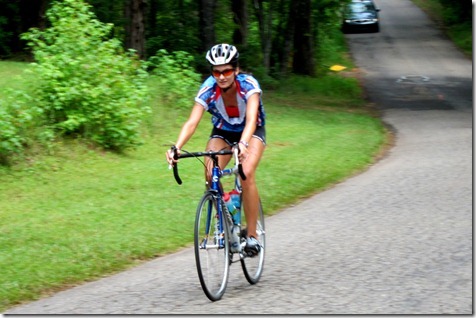 I ran with her through transition, grabbed the chip, and took off. 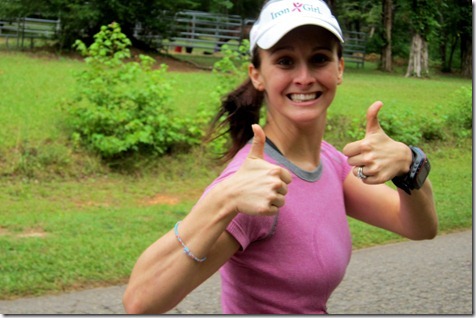 The course was really pretty, which helped me forget the soul-crushing climbs.  At first, I tried to think of the hills in a positive light, reasoning that what goes up, must come down.  But the downhills were so steep that my joints took a pounding.  I ended up walking up and down the steepest of hills. 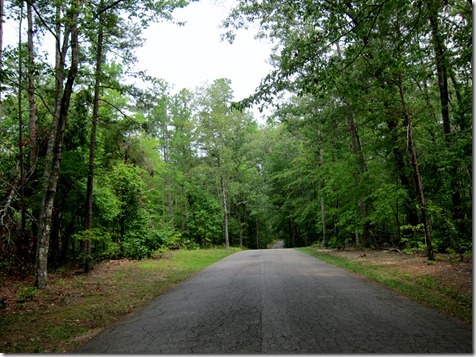 I eventually lulled myself into a meditative state, staring about 5 feet in front of me and focusing only on my breathing (no music allowed on the course).  This helped me forget how much I was suffering and pick up my pace.  I even managed to pass a few dudes!

The course was short (5.84 miles as opposed to 6.2) and I finished in 58:57.  My goal was to finish under hour.  Even though the course was short and I wouldn’t have made my goal for a 10K, I was proud.  This is definitely a confidence boost for next week’s race. 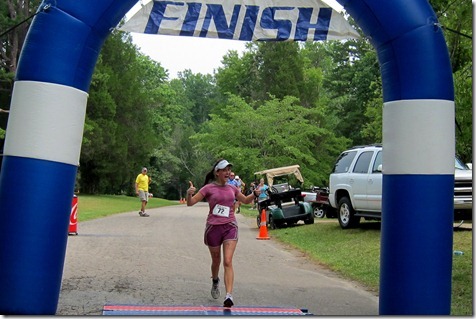 I immediately inhaled a banana.  I was STARVING.  My body was very confused by eating so early (5:15) and not racing until 10:30.  I didn’t really factor in the time that I’d be sitting around.  I should’ve brought my breakfast to the race and eaten during the bike portion. 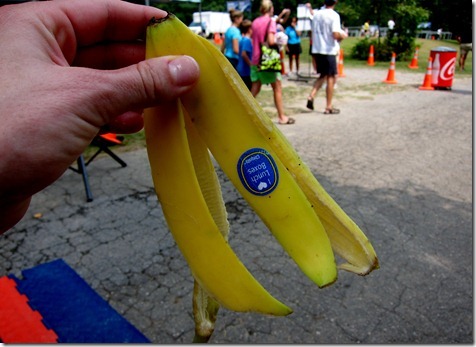 The boys CRUSHED this race, by the way!  Jeff was one of the first people out of the swim, and Dan flew on the bike and the run.  I was super impressed (okay, okay – and slightly jealous of their mad brotherly skills). 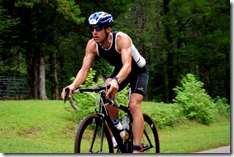 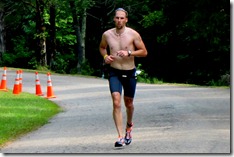 We all said goodbye, and I hopped in my car and drove an hour to my house.  I stopped at Moe’s and picked up an amazing tofu and pinto bean burrito.  I think I would’ve gnawed off my arm if I hadn’t! 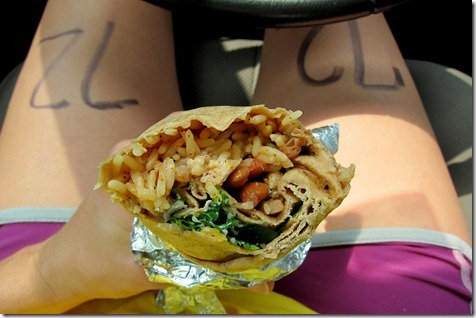 What a great morning.  I’m so glad I spontaneously signed up!  Sometimes, no-pressure races are the most fun – don’t you agree?