Interview with My Dad, The Cyclist!

Lunch was the perfect example of how you can turn almost every "meat meal" into a veggie version! 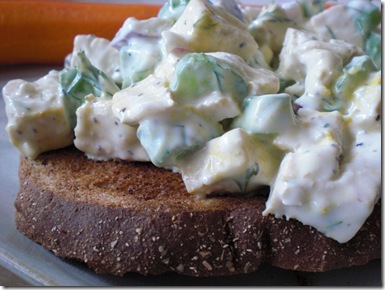 Yum!  Plus a giant carrot: 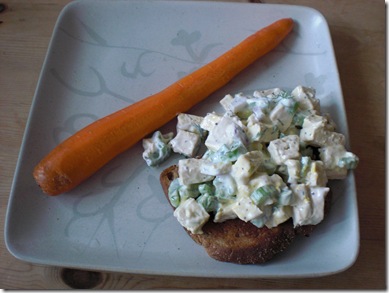 Interview with My Dad, the Cyclist

My dad has been riding as long as I can remember — in fact, I spent a lot of time as a baby on the back of his bike! 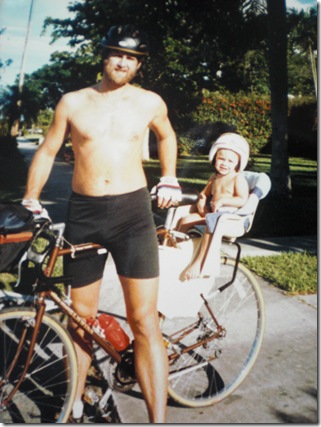 I hope you enjoy the interview!

Dad says:  Paris-Brest-Paris is the world’s oldest cycling event, started in 1891 – 118 years ago. It did not last long as a professional race – at a non-stop 1200 kilometers (approximately 750 miles) it was too difficult! The demands of PBP ruined their racing for weeks, and these men were racing for a living. Eventually PBP became a randonneur (hard riding tourist) event with a 90 hour time limit, and  foreshadowed the Tour de France. The Randonneurs USA website has much more information. 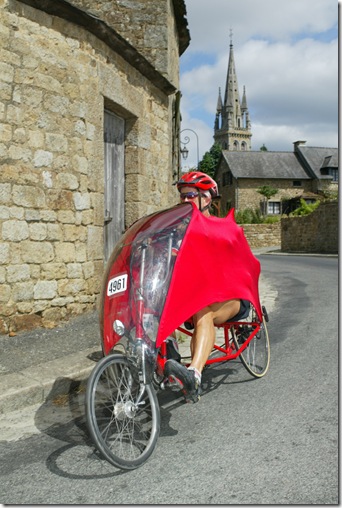 Dad says:  I’ve done PBP three times, but only finished once, in about 85 hours. In 1991 I DNF’ed  at 1000 kilometers just totally exhausted. It was my first year of long distance riding, and I was un-prepared for the constant small hills. In 2003 I finished, and in 2007 I had a serious crash.

Dad says:  Actually, an event like PBP is safe, especially from the standpoint of riding in groups. The skill level is very high. My 2007 crash revolved to a large extent around teenagers mis-directing me in the rain, and correcting themselves at the last…well, long story. A few miles down the road, dazed and confused, tried to turn fast in the rain and boom – on the ground.  And I’ve only had three serious crashes – in almost thirty years. 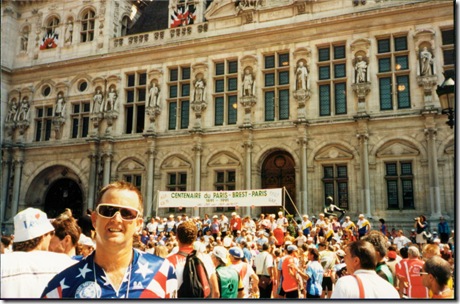 Dad says: I try to sleep from around 3:00 AM to 8:00. What’s  happening on the road dictates I actually GET to sleep though, since the clock is always running – I’ve slept in doorways, police stations, potting sheds, under bushes, and in really nice hotels. I had great success with liquid fuel, although many years I just ate whatever I found.

Dad says: Early and often – in a multi-day event, you can’t afford to get behind on nutrition or hydration. 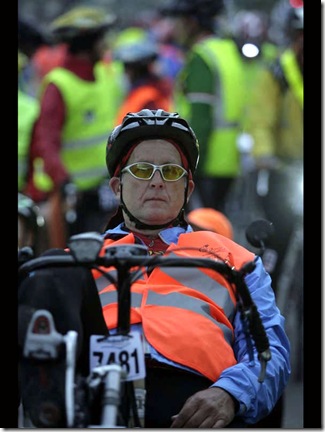 Dad says: I think any one with basic good health could, with two years training – or an endurance athlete or cyclist could possibly do it in one. The prime requirement is that you love being on your bike – because you will be there a lot! There are requirements, so check out rusa.org – new rules require some participation next year for PBP 2011 !

Dad says:  In 1991, the centenary year, I was taken by the American organizers to the head of the peloton for the ceremonial prologue out of Paris, behind BMW motos, police blocking traffic, people in cafes and balconies whistling and clapping – I was in the front ten of 5,000 , and I couldn’t believe any of it.