To clear up the rumors, I am NOT pregnant!  99.99999% positive!  One day, I would like to have kids, but I’m really not emotionally or financially ready for that kind of responsibility!  We’re not looking to have babies for 5 years (sorry, Mom and Dad).

Besides, I have these fur babies: 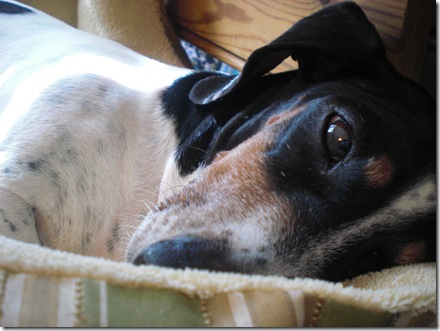 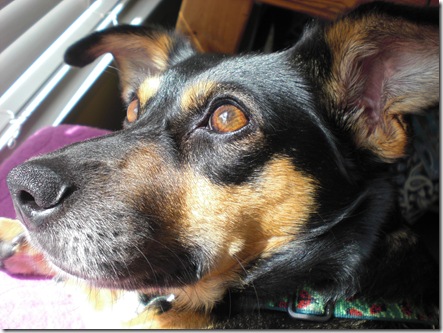 You can’t crate a baby while you go for a 10 mile run.  Enough said.

My mid-morning snack was an orange. 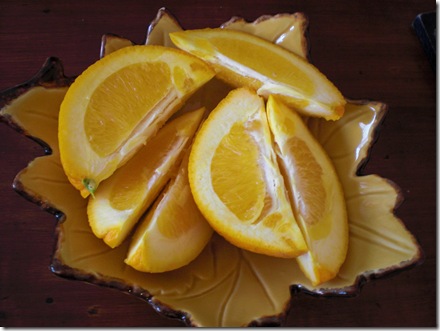 And lunch was a very yummy Grilled Chicken Salad. 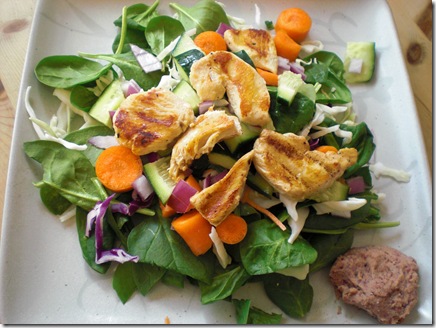 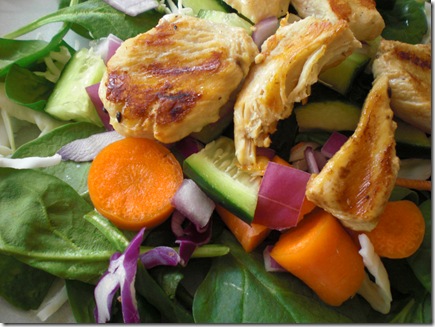 On the side, I had a glob of purple hummus. 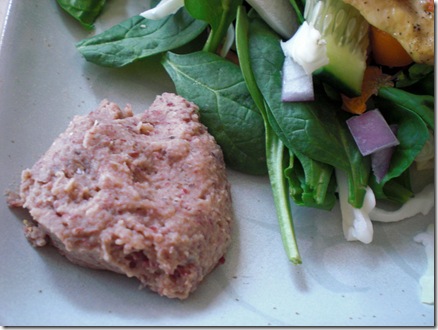 Earlier in the week (probably in a Crap Free Week-induced freak out for naughty food), I was considering what "treat" I would get after the Gasparilla Bud Light Challenge 3 Races in 2 Days.  Since I’m running a 5K, 15K, and Half Marathon over 1 weekend, I figure I get to eat pretty much whatever I want.

My "treat" of choice is Dairy Queen Blizzards — specifically, I am obsessed with the Resee’s Peanut Butter Cup flavor.

I am a member of the Dairy Queen Blizzard of the Month Fan Club, and DQ used to send out monthly coupons for Buy 1 Get 1.  When I lived in Pennsylvania, there was a Dairy Queen 3 blocks from my work, and my coworker and I would get Blizzards once a month.

One day, I looked up the nutritionals online and it pretty much ruined Blizzards for me.  I’m not going to share the info because I don’t want to destroy the Blizzardy dream for anyone else.  I think I had convinced myself that a Blizzard wasn’t "that" bad (it is).   So, now they are a once in a blue moon kind of treat (the last time I had one was in June 2008 — yes, I’m that obsessed).

Point of the story — I’m totally going to get a LARGE Blizzard after my race on February 28!  🙂

Disclaimer:  If you look up the nutritionals for a Blizzard (because now you’re probably curious and will), you might argue they aren’t "that" bad for an occasional treat and that I’m being crazy.  My personal preference is to indulge in a little something everyday, like wine or chocolate, and a Blizzard really doesn’t factor well into the "small indulgence everyday" philosophy.  And Blizzards contain trans fat.  I just don’t want to start a firestorm of criticism because I sense it brewing already.

What’s your favorite "once in a blue moon" treat?