7 Concepts That Guide My Parenting

Subtitled – 7 Things That I Think I Know About Parenting Henry* 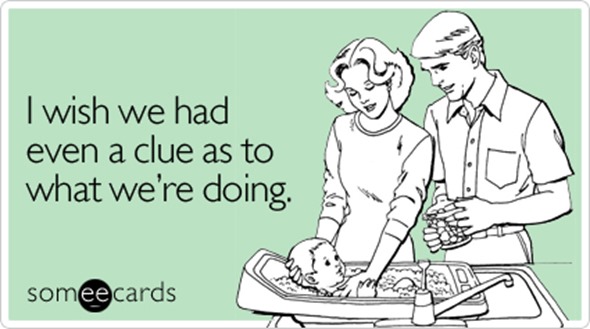 * Subject to change in, oh, one year.

When I was pregnant, Kristien and I finally decided that we had to actually meet and get to know our kid before deciding how to parent him or her.  Once Henry was born, I read a lot of websites, flipped through a bunch of books, and talked to a bunch of friends and family members to try to find a “philosophy” to model my parenting on.  I never found one philosophy to follow, but I did find that I agreed with many concepts from a lot of different sources.

I thought it’d be fun to share the 7 core concepts that guide my parenting every day.  I’d love to know what concepts you subscribe to!

Not Forcing Him to Always Share:  My friend Heather told me about this concept, which she originally read at about this book by Heather Shumaker. Basically, the theory is that perhaps “forcing” kids to share a toy is not the best way to teach them about true, selfless sharing. This makes a lot of sense to me, as I cannot walk up to a stranger on the street and say, “GIVE ME YOUR PORSCHE! I want to drive it!” and they will turn it over because they have to ‘share.’  If a kid is happily playing with a toy, why should she be forced to give it up immediately just because another kid wants it?  In the real world, you have to wait turns and ask for permission to use things.  When Henry wants a toy that someone else has, I try to say, “Let’s wait until she’s done playing with it,” and if someone wants his toy, I ask, “Do you want to play with the toy together?” He gives it up more often than not when he knows he’s in control of the choice.  When he does willingly share, I give lots of praise to reinforce his behavior.

Boy Box: Before I had Henry (and before we knew if we were having a boy or a girl), I wrote that I was a bit scared to have a girl because they have these complex emotional lives.  Uhhh DUH.  So do boys!  Men have all the same emotions than women do.  And we want to raise a caring, emotional man.  Since Day #1, I’ve been trying to stay aware of how we treat Henry simply because he’s male.  I noticed that I automatically said a lot of stuff to him like, “Don’t cry; you are okay,” which shuts down communication and minimizes his feelings.  Thanks to this article, “5 Ways to Avoid Implicit Sexism,” I’ve been trying to say things like, “Why are you crying? Are you frustrated? Are you sad?”  He has no idea what frustrated means (I think he knows what sad means), but it’s a start towards helping him be okay with having and identifying emotions.  It’s interesting because he clearly gravitates to more ‘traditionally boy’ things, like sports and cars/trucks.  We try to encourage play with other types of toys, like dolls and baby strollers, too.  I bet some people thought it was very strange that we got our boy a dollhouse for Christmas, but you know what? He LOVES taking care of his dollies, and I love watching him pretend to be a daddy.

Read Every Day:  We read books before nap and bed.  Currently, Henry wants to re-read one book over and over again, but at least we are reading! 🙂 My goal is to instill a love of reading into Henry, to teach him that books are a great way to have quiet “me time,” and to expand his vocabulary. Henry wasn’t interested in reading for so long, but now he loves it!

Not Always Saving The Day:  I’m a huge supporter of the Free Range Kids philosophy and try really hard to give Henry space to explore and – potentially – fail.  When he can’t figure something out, I usually say, “Can you problem solve? I bet you can!” After a bit, I’ll help if necessary; I just try not to take over at the first sign of trouble. I also try to balance his desire to explore with common sense and safety.  Side note: have you heard of The Mom Gasp?  You know, it’s the sound you make when your kid falls?  I try SO HARD not to Mom Gasp when Henry falls.  If he hears me do it, he loses his mind crying, but if I don’t, he usually brushes himself off and moves on without a care.  🙂

Food is Fun:  Henry will eat veggies, but he’s like most toddlers – so hot or cold! I’ve noticed that he’s much better about eating veggies if I make him part of the shopping and preparing process.  And I have to usually put the food on his place several times before he’ll touch it.  Food pictures help, too! 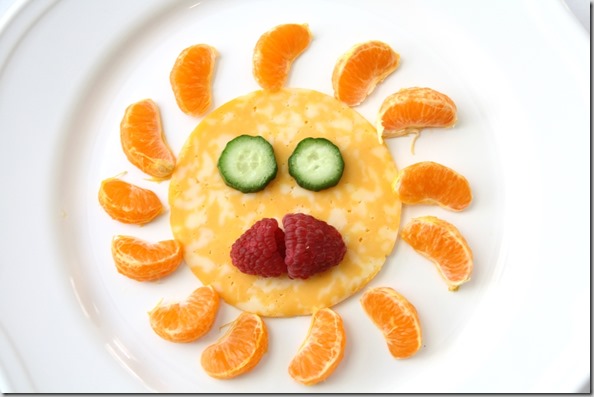 Praising Effort:  The Husband is very into this concept; he prefers to praise effort (“You tried so hard”) over natural characteristics (“You are so smart”). The theory is that praising efforts over characteristics mean that kids will always try hard instead of ‘falling back’ on their natural abilities.

Not Forcing Affection:  This is a BIG ONE for me, one of the few parenting philosophies that I’m super gung-ho about.  I do not like forcing children to show affection, whether it’s to me or someone else.  No forced hugs or kisses.  I’ll ask for hugs and kisses, but if he says no, that’s fine.  I’m very big into my personal bubble and can tell that Henry is the same way.  I never understand why people think that babies or toddlers always want to be touched by strangers.  Plus, I think it sets a bad precedent (that adults are allowed to touch you in ways that make you uncomfortable).

What concepts guide your parenting?  I love this discussion because it’s so unique to the kid.  Maybe some of my concepts just won’t work with Baby HTP 2.0!

Next post: The #1 Sleep Mistake You’re Probably Making Every Night