I’m pretty sure blogging about baby sleep is akin to discussing politics or religion, but I’ll give it a shot. 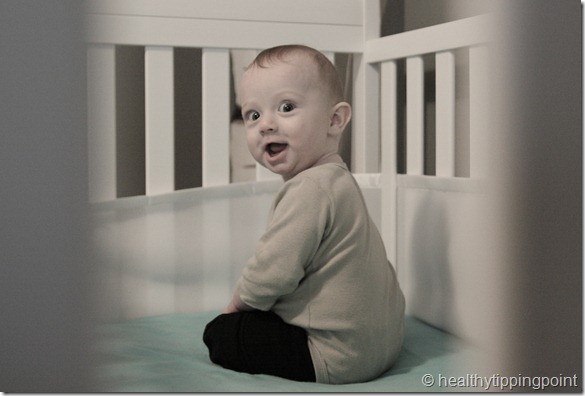 I assume sleep-deprived parents will be blearily reading this post, so here’s a short summary of what we did:

Before I had my baby, I knew that sleep with a newborn would be rough – everyone talks about it, right?  But really, I had no idea how rough it could be (and I know that Henry wasn’t that bad).  Before training, we were often up four, five, six times a night.  Every night.  It was so, so horrible and draining after a few months.

Based on my drug-free birth and other ‘crunchy’ leanings (um, I did eat my placenta), I think lots of readers expected me to practice more Attachment Parenting principles.  AP is generally against protest crying sleep training, instead promoting bed-sharing or co-sleeping, responding immediately to a baby’s wakeups, and frequent nighttime nursing.  While the AP view is popular, I am not a AP parent, and it is certainly not the only way to handle a baby’s sleep.  Others believe that you should just let the child naturally figure sleep out and not try to train at all.  But I always knew that I would do some sort of sleep training with Henry.  Beyond the early months, I had zero desire to bed- or room-share, and trust me – Henry was not figuring it out on his own anytime soon.  I really don’t think there is one way to help your baby’s sleep, and I don’t think there’s anything wrong with AP principles or other techniques… I just believe our sleep training plan was the best for Henry and the adults in the house.

Also, it’s really, really important to discuss your plan (whatever it is) with your baby’s doctor.  I’m not a doctor; I’m just a mom… and a first-time mom to boot.  I’ve heard everything from, “You can sleep train at 3 months” to “Wait to sleep train until they can crawl” to “A baby can’t go overnight without food until he’s a year old” to “A baby can sleep through the night at 4 months.”  Again, so much of when a baby can or cannot sleep through the night or go longer without eating is so dependent on the child.  There is definitely NO one-size-fits-all approach to baby sleep.

That being said – here’s what we did and what finally worked for us: 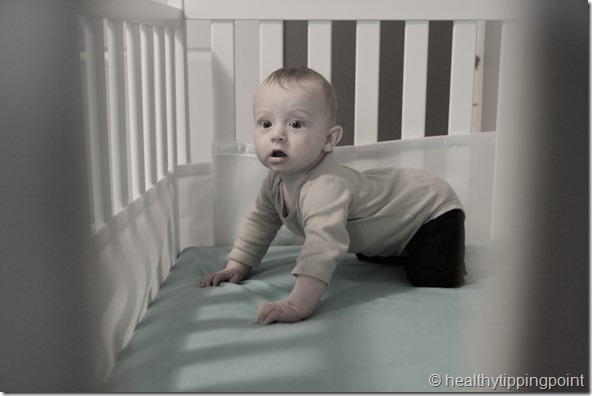 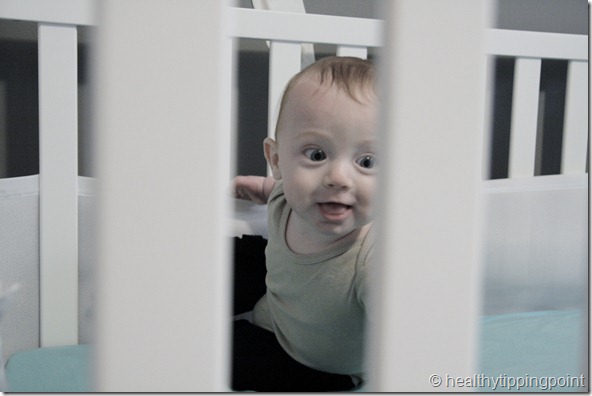 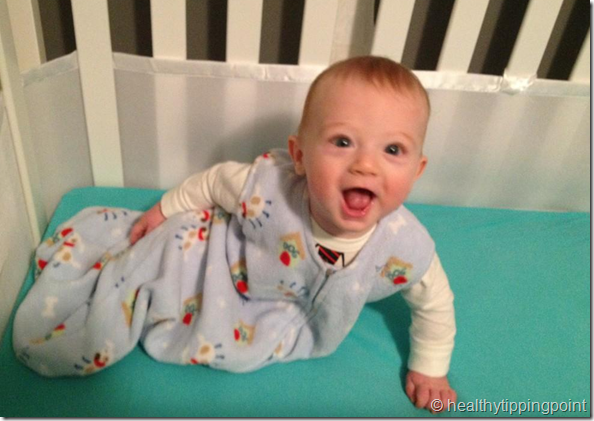 All in all, I am extremely glad I sleep trained Henry.  Not just for Henry’s sake – he seems soooo much happier now that he sleeps regularly and deeply – but also for my and my husband’s sake.  I really cannot explain how rough baby sleep can be on the adults in the house.  We want Henry to be happy, but we need to be happy, too.  I know there are many ways to handle baby sleep, and I truly don’t think one method is better than another in all cases, but this one definitely worked for us!  It also taught me a lot about parenting – about how to be firm with Henry and do what I believe is best for him even if he doesn’t like it initially.  I hope he’s learned an important skill – self-soothing to sleep – and it benefits him for many years.

I still heart coffee.  You can never take that away from me!