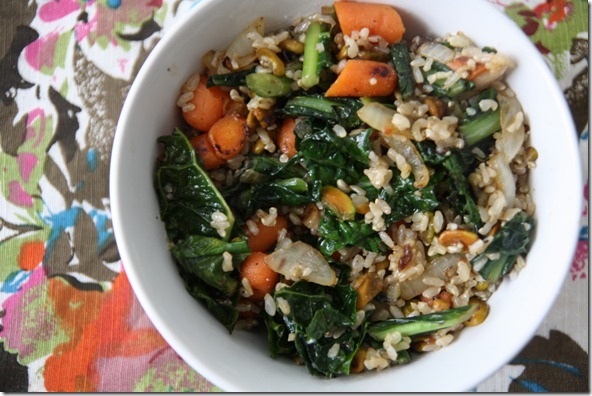 It was so tasty that I decided to recreate it tonight and put together a little step-by-step tutorial for everyone.

The ingredients?  Brown rice, steamed kale, onion, carrots, pistachios, and Italian dressing.  Tonight, I added some tofu for an extra little protein punch.  There are no exact measurements – just make the proportions of each ingredient as big or little as you like.  Love carrots?   Add some more.  Need some greens in your life?  Toss in extra kale.

Alright – Step 1.  Begin to prepare the cast iron tofu (<— directions).  Unless you need to boil the brown rice (see my shortcut down below), the tofu will take the longest to prepare.  I recently stumbled on this new ‘super firm’ tofu at Trader Joe’s – very tasty. 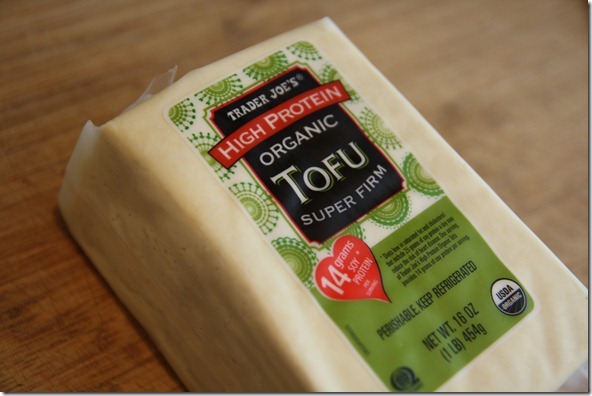 Meanwhile, chop the carrots and onions into bite-sized pieces.  I used a sweet white onion. 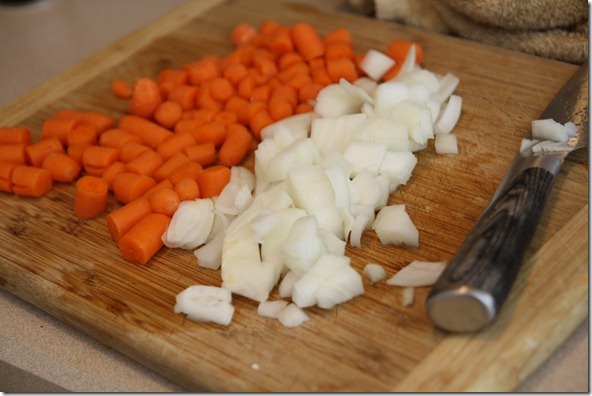 Drop the veggies in a pan with a little oil.  Veggie oil, olive oil, or coconut oil would work.  I used coconut oil. 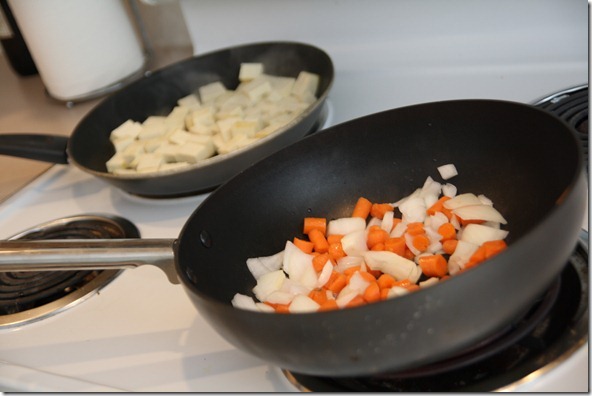 Side note:  There’s a great little piece in Oprah magazine this month about coconut oil.  The article states that:

“Nutritionists have historically lumped coconut oil into the same category as cream, butter, and lard – namely ‘off limits’ – because it consists largely of saturated fat, the kind linked to heart disease… [however], current science indicates that… the crucial question is whether [the fat] consists of ‘medium-chain’ or ‘long-chain’ fatty acids… coconut oil is the richest naturally occurring source of medium-chain triglycerides [which] are more readily absorbed into the small intestine… meaning they don’t enter the lymphatic system and are less likely to get deposited in the stomach as fat.”

The article says that the jury is still out on whether it’s the healthiest choice, and there’s no conclusive evidence that coconut oil is better than canola or olive oil, which both promote cardiovascular health.  However, I think coconut oil is MIGHTY tasty, and that’s reason enough for me to use it.  (It also makes an excellent hand lotion, but that’s a story for another post.)

Anyway, stir-fry the onions and carrots on medium heat in the oil of your choice until the onion begins to brown.   You’ll want to also begin cooking the kale per the Steamed Greens method. 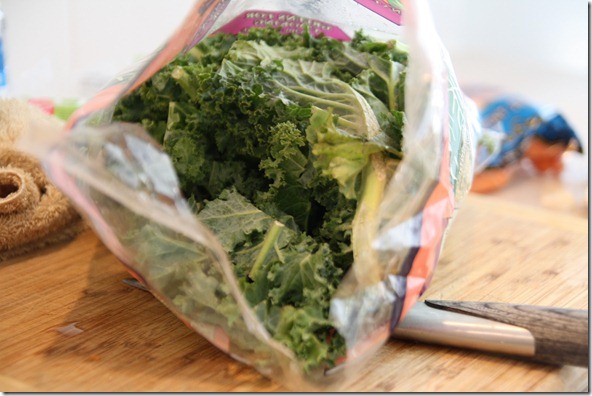 If I had another wok, I could’ve made everything at once, but I only have two appropriate pans. 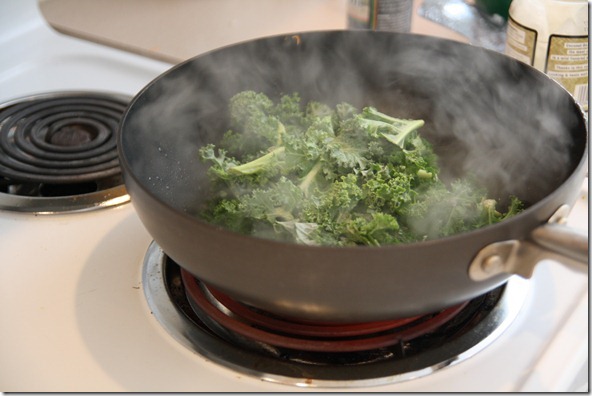 Now – here’s the trick that makes this recipe go REALLY fast – use pre-cooked brown rice or frozen brown rice from Trader Joe’s (I hear Consumer Reports recently rated this a #1 food product).  I used a pack and a half because I made a huge batch of stir-fry. Just heat and go. 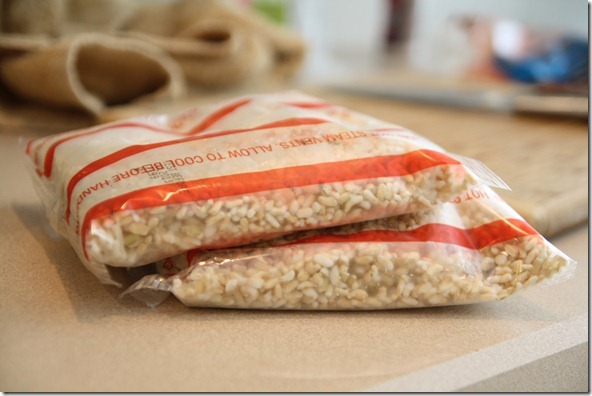 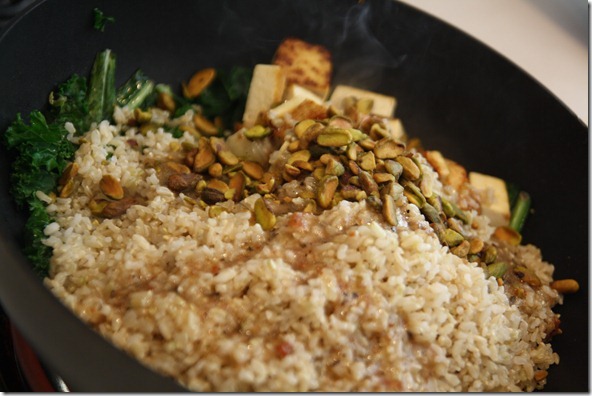 Then, drizzle everything in Italian dressing.  Lots of it.  Mix it all up. 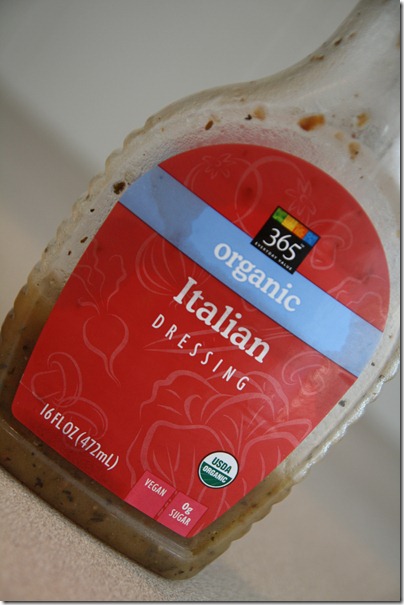 And enjoy.  Like I said, I made a HUGE batch, so this delicious meal will be feeding us for a while.  The best part is that this meal is one that gets better with time – the nuts soak up the dressing and get extra tasty.

Couch is calling my name.  Do you hear that?  It’s saying, “Caitlin, Caaaaitlin, come sit on my soft cushions.”