Testing out the Wetsuit 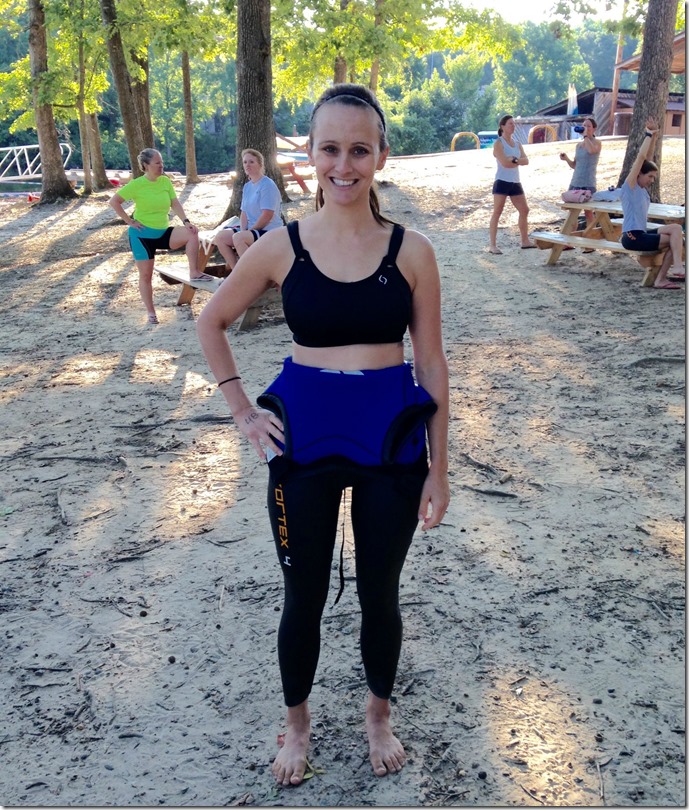 Truly, I am getting so excited for this race.  It’s what I’ve been training all summer for – I’ve been signed up for months and months.  And it’s an out-of-town, overnight event, so Brandi and I have an entire girls’ weekend in Asheville, NC with NO KIDS and NO HUSBANDS.  We love you guys, but… sometimes, it’s pretty fun to be ALONE.  Hah.  Know what I mean?!  It’s going to be awesome!

I also realized something important this weekend: I’ve been kind of negative about how I’ve trained – thinking I could’ve done more (true) and haven’t done enough (maybe not true).  I like to go into events feeling super prepared, but even when I don’t, I usually have a really good experience on race day.

So I keep panicking that I haven’t done enough, but then I do these long workouts and feel nice and strong… I realized this weekend that I’m better trained than I think I am, and this race is NOT going to be one long slog through triathlon hell.  It’s going to be AWESOME.  As long as I race at the correct pace for my abilities on Sunday, I will have a great time.   And I’m so pumped. 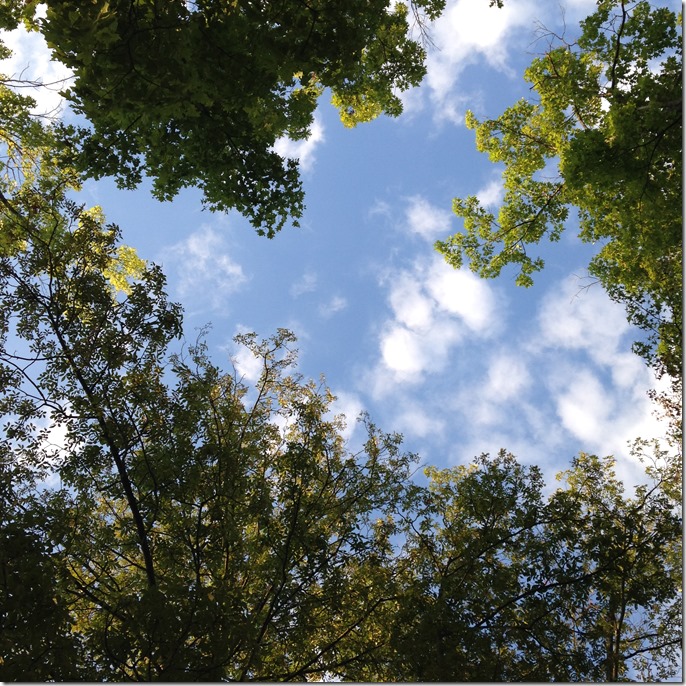 So much of this race game is mental, huh?  I think that’s one of the things I like best about it.  As I said to Brandi, “I better check myself before I wreck myself!”

We did an open water swim + bike on Saturday.  I really needed that practice open water experience because the only other time I’ve been in the lake this summer was during a sprint triathlon.  I also really wanted some experience wearing my wetsuit! 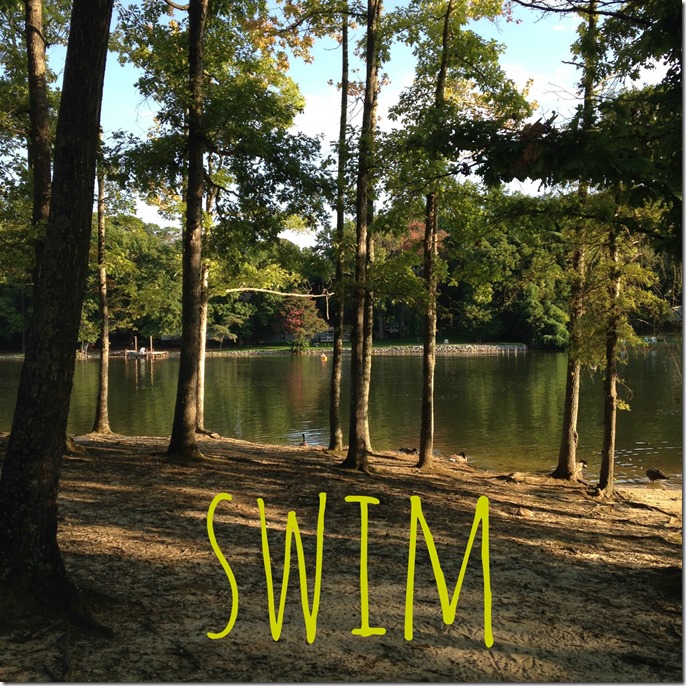 So this Sunday’s race is WETSUIT LEGAL.  I actually did this event back in 2011 (so long ago!) and opted NOT to wear wetsuit despite the lake’s 65 degree temperature because the one other time I wore a wetsuit during a race, it made me freak out in the water (wetsuits are, obviously, constricting).  I was fine swimming in 65 degrees without one – just a little chilly – but I figured since this race is wetsuit legal, and wetsuits do make the swim easier (added buoyancy), I should give it another shot.

I actually borrowed the wetsuit from a reader named Laura (THANK YOU!!).  Verdict:  I am so glad that I am going to wear one.  Once I got over the initial “oh my God, this thing is squeezing my chest” and adjusted to the way it impacted my stroke, I was fine!  Better than fine, actually.  I finished the swim in about 32 minutes, at least according to my estimate on Brandi’s watch (she was just behind me, sans wetsuit, which I think convinced her to get a wetsuit for the race, too, because she is typically WAY faster). 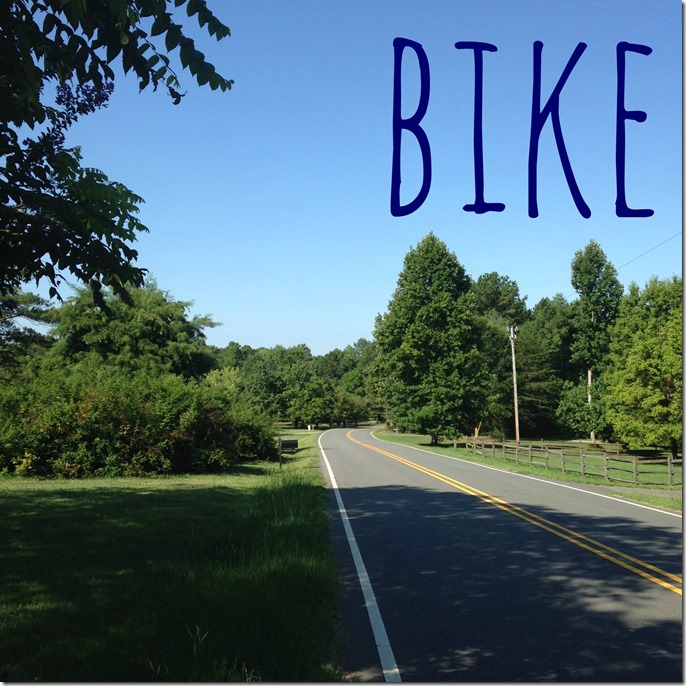 After the one mile swim, we went on a bike ride.  Most of the people who do these open water swims are triathletes, so there’s always a huge group of people who transition to their bikes after.  We picked up a new friend and all rode about 12 miles together.   LOTS of hills.  Good practice for a race in the mountains! 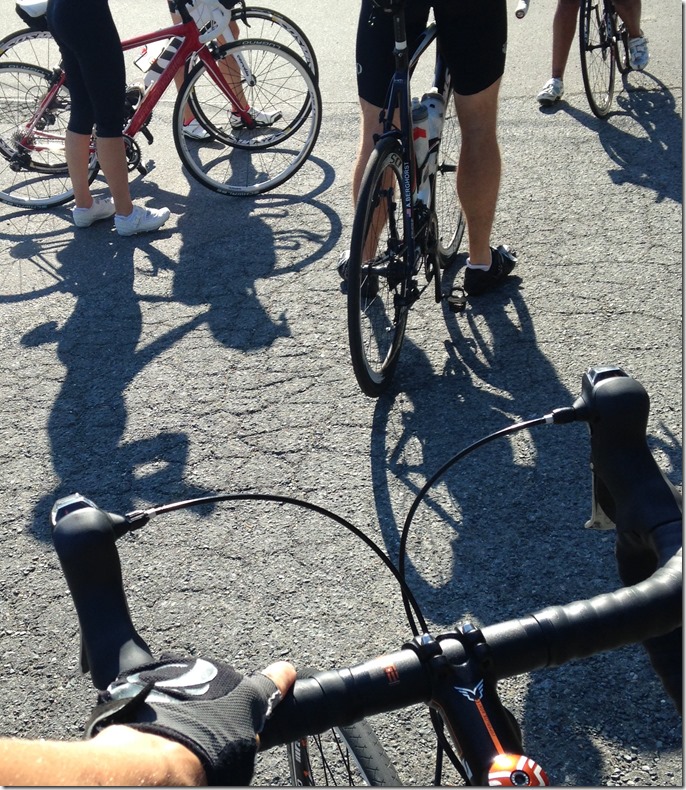 And afterwards, we got tacos, so my heart was happy. 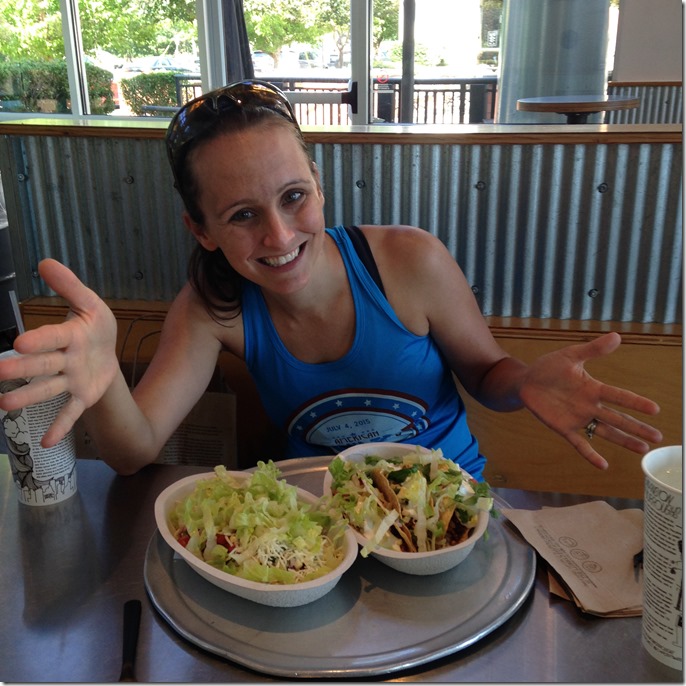 All in all, I’m feeling really great about Lake Logan.  I’ve put a few great long workouts under my belt recently, I feel mentally good about the swim, and I’m ready to tackle the course.  I can’t wait for Sunday!  Yippppeeeee!