Surgeon General: Is She Too Fat?

I have a little friend coming to stay with me today! I’m so excited.  🙂 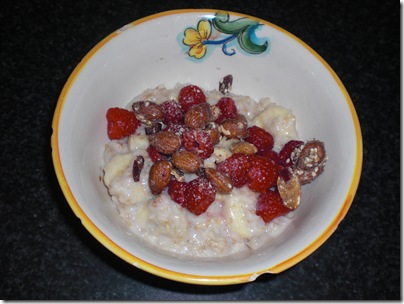 The star ingredient was these yummy almonds from Sahale Snacks.  They were sent to be to sample – and BOY are they delicious! I put half the 100-calorie pack in my oatmeal. 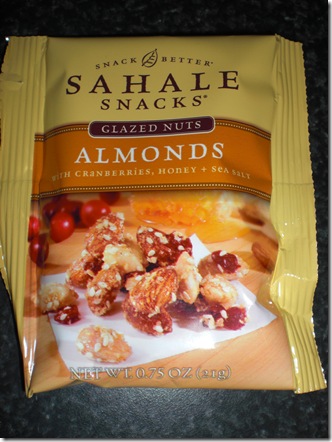 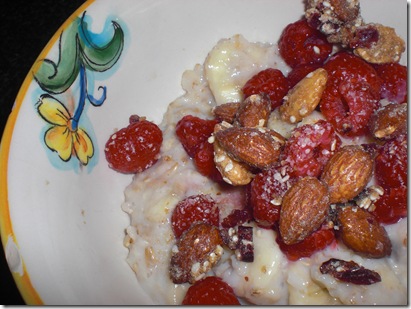 Surgeon General:  Is She Too Fat?

I receive a great political magazine in the mail called The Week.  I really like it because it strives to present all sides of the argument, and it’s pretty good toilet material.  🙂

An article called Surgeon General:  Is She Too Fat? caught my attention.  Our new surgeon general pick is Dr. Regina Benjamin, a 52-year old black woman who is, by all accounts, a great doctor.  She also happens to overweight.

According to this article, Dr. Benjamin spent most of her professional life serving the people of Bayou La Batre, a poor rural Alabama coastal community. She makes house calls, pays for patients’ medicines, works for free when there is no money. She rebuilt her clinic twice, once following Hurricane Katrina and then a year later when it was destroyed by a fire.

In 1995, she became the first black woman and the youngest doctor elected to the board of the American Medical Association, and in 2008, she was awarded the coveted MacArthur Foundation "genius" award.

However, many people are making a really big deal about Dr. Benjamin’s weight.  David Frum (www.NewMajority.com) argued that the surgeon general’s role is to "prod citizens and policymakers on matters of public health… For the most visible public-health job in America, wouldn’t it make more sense to select someone who has overcome the [obesity] problem rather than failed to do so?"  Basically, can Dr. Benjamin promote healthy eating if she is obese?

Personally, I think that Dr. Benjamin sounds like an excellent pick for Surgeon General.  I agree with her political views, especially the fact that she thinks the current health care system needs an overhaul (due to accessibility and cost).  I’m more concerned about her views and experience than the size of her ass.  No one is perfect.

Also, I can’t help but wonder if this "Fat Talk" is political.  Would it be happening if Dr. Benjamin wasn’t a woman?  And a black woman to boot?  Would they be calling a stuffy old white man "fat"?  Me thinks not.

It would be wonderful if Dr. Benjamin can use her weight to seem approachable and relatable.  Maybe she’ll lose some weight and serve as excellent motivation to the 34% of Americans who are obese.

What do you think about having an overweight Surgeon General?  Is Obama sending the wrong message by selecting Dr. Benjamin?  Or are commentators focusing on the wrong issue?