Glued to the Couch

I spent the afternoon trying to organize.  Our house is a disaster.  We’re going to put some $$ into doing some decorating soon!!  We’re starting with the bedroom.  We have no style whatsoever — just a bunch of random furniture jammed against the walls.

The file cabinet was begging to be organized, so I tackled the chore after work.  I threw away three trash bags of junk! 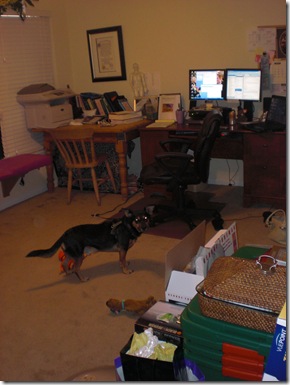 I’m putting this shot of my office on the internet to shame me into cleaning later this week.

I snacked on my usual yogurt and granola before work ended. 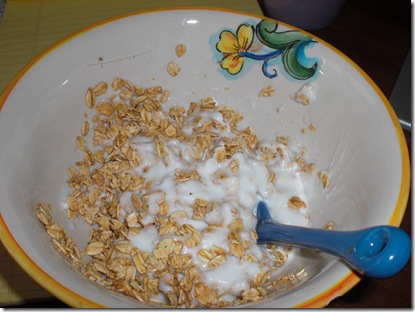 We caught up on Obamamania while munching on homemade hummus and crackers. 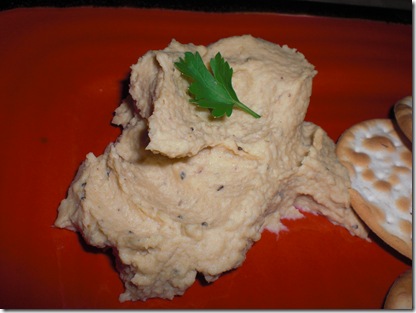 This was my first time at making hummus.  I mostly just eyeballed measurements, but generally the hummus included: 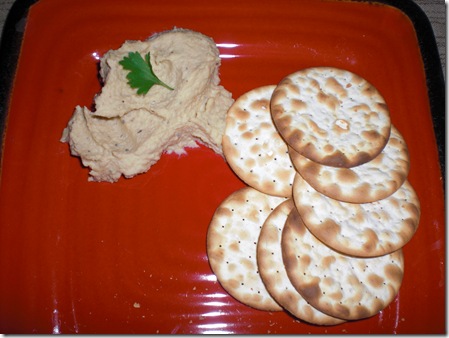 So delish!  The mix of cashew butter and chickpeas was suggested by the cookbook Eat, Drink, and Be Vegan.  It was veryyy unique.

I like spicey hummus MORE, I think.  But this was still very smooth and lovely.  It would be good for kids (I think).

We used another new appliance, the George Foreman, to create a yummy salad. 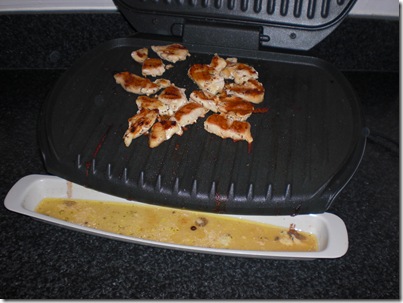 I keep telling my fattie dachshund Maggie that I’m going to stick her in the George Foreman and press out all her fat. 😉 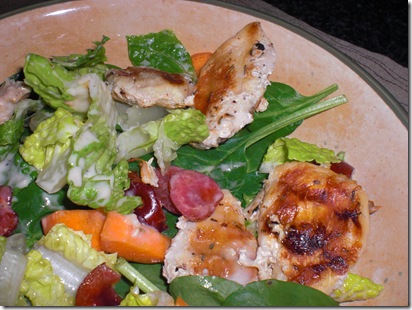 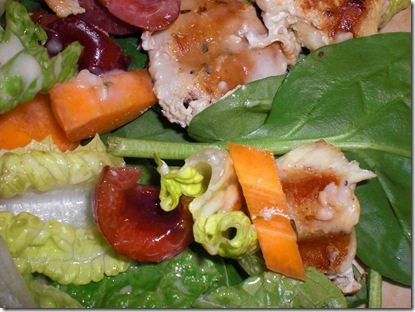 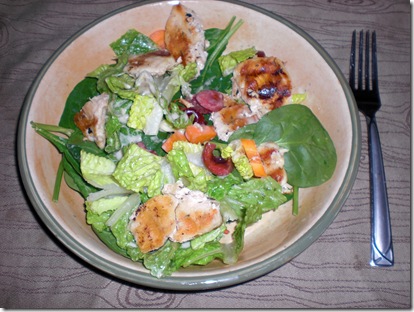 And last, but not least, Husband and I split a Resee’s PB Cup while watching TV.   It’s probably tainted with salmonella or something, right? 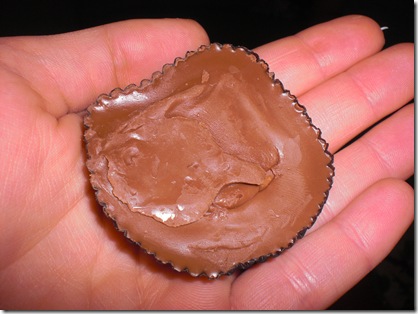 It was a tad melted from the car, but GREAT nonetheless.

Have a great night, and I’ll see you tomorrow for another run per the Gasparilla 1/2 Marathon Training Program!