I definitely rushed to the computer this AM to make sure last night was real.  IT WAS!  :)  No matter what your ideology, I know we can all agree last night was a historic evening for the American people–and the world–and I know Future Husband and I will one day tell the story of this election to the little Future Husbands and little See Bride Runs.

And I want to thank YOU for putting up with my politics for the last day or so, and certainly the undercurrents of my opinions for the last few months.  This is a food and fitness blog, but you know it’s always been something much more personal–as I write, I share glimpses into my heart and mind, and it would’ve been impossible for me to hide my emotions yesterday.

So, even if you don’t share my beliefs, I suppose you learned one more thing about me, and I TRULY respect you for your opinions, and I hope you respect me for mine.  America is one of the greatest nations for so many reasons (Future Husband is going to kill me for saying that!…. England rocks, too!), and I hope together we can mend the damage of the last 8 years and grow into the strong yet thoughtful world leader we once were.

Of course, when I woke up, I was FREAKING EXHAUSTED because I stayed up waaaaay past my bedtime to watch McCain’s very amazing concession speech and Obama’s even MORE amazing victory speech.

The only way to cure a case of the sleepies?   Double Shot Oatmeal! 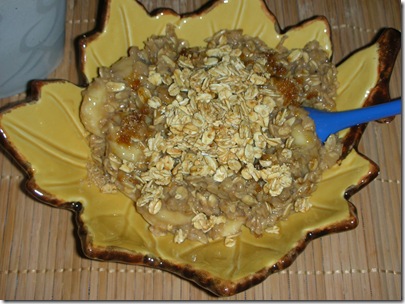 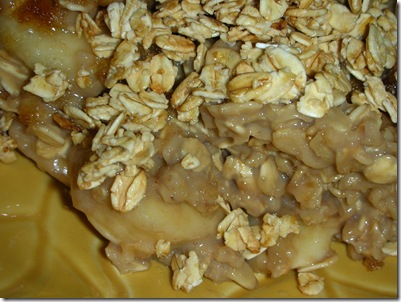 And of course, a very large and in charge cup of coffee. 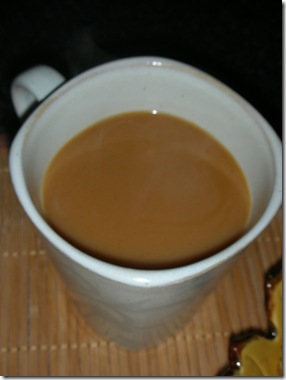 Are You Running Yourself to Death?

My mom recently forwarded me an MSNBC article called "Are You Running Yourself to Death?"--now, crazy title aside, the article was filled with great information about the stress that running puts on your body.

During a very long run, skeletal muscles stiffen and leak injury-signaling enzymes into the blood.  Your body reacts to this injury producing the stress hormones cortisol and vasopressin and releasing proteins called cytokines.  Cytokines trigger your liver to start producing C-reactive protein.  This is referred to as the "inflammatory storm" throughout your body.

"In a 2001 study published in the American Journal of Cardiology, researchers analyzed the blood of marathoners less than 24 hours after a race and found high levels of inflammatory and coagulation markers that are also associated with heart attacks… In follow-up studies, the researchers found that after the race, some runners’ hearts experienced difficulty refilling chambers. The researchers also noticed abnormalities in how blood was pumped from the right side of the heart to the lungs."

However, the heart damage inflicted by a marathon isn’t permanent.   Unless you’re one of the poor souls to die in the middle of the race (which has happened at least a half of dozen times in the last few years).

Fun Fact: The original marathoner was Pheidippides. A Greek courier who ran 25 miles to deliver news of vicotry at the Battle of Marathon, Pheidippides dropped dead immediately after he told the news.

See you later tonight for some pain-free running! 🙂

Have a wonderful day!